A trooper with the Nebraska State Patrol was wounded by gunfire at the scene of a standoff west of Hastings early Wednesday morning, officials confirmed in a news release.

Troopers and Adams County deputies responded to the scene in Juniata around 10 p.m. Tuesday after a woman called 911 and reported a man was firing a weapon outside a home. She told officials she was not able to leave the area, investigators said.

Authorities issued a shelter in place order for those living nearby.

Investigators set up a perimeter and the woman who called 911 was able to escape.

Authorities said the man continued shooting, and around 1:35 a.m., a bullet hit a trooper in the arm. Paramedics treated the trooper and took him to the hospital. That trooper has since been released.

The suspect continued to fire at law enforcement until around 2:35 a.m. when authorities launched tear gas into the home. The man came out holding a gun. Investigators said a member of the SWAT Team opened fire and killed the man.

That man has not yet been identified.

The Nebraska State Patrol and members of the Hastings Police Department and South Central Area Law Enforcement Services will investigate. 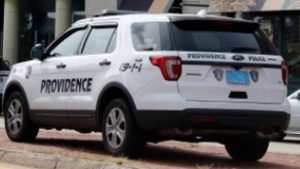