This weekend’s international rollout of Warner Bros.’ “Godzilla vs. Kong” set a new pandemic record for a Hollywood film, a hopeful sign of an imminent return to moviegoing.

The film, which opens in North American theaters and on HBO Max on Wednesday, debuted in 38 overseas markets to an impressive $121.8 million, including $70.3 million in Chinese receipts. That’s the biggest debut for a Hollywood film in China since 2019. The monster smackdown also grossed $12.4 million on 891 IMAX screens, also Hollywood’s biggest IMAX weekend since December 2019.

The “Godzilla vs. Kong” debut outperformed the entire to-date international gross of the studio’s December blockbuster release of “Wonder Woman 1984,” which currently stands at $120 million overseas (and an additional $45.9 million domestic), according to estimates from measurement firm Comscore. The previous benchmark for a pandemic-era overseas opening was the $53-million launch of the studio’s “Tenet” in August 2020.

While American theaters are slowly reopening en masse after a roller-coaster year of reopenings and closings, movie houses including Regal and smaller chains (such as L.A.’s ArcLight) have not yet returned. Despite theaters operating at limited capacity, Universal’s R-rated action flick “Nobody” debuted this weekend across 2,460 North American screens to $6.7 million. L.A. and New York City, both recently reopened, were the two highest-grossing markets.

With an A- CinemaScore and 79% “certified fresh” rating on Rotten Tomatoes, the Bob Odenkirk revenge thriller easily outperformed recent adult-skewing releases including “The Little Things,” “Let Him Go,” and the Liam Neeson vehicles “Honest Thief” and “The Marksman.”

Family movies “Tom & Jerry,” “The Croods: A New Age” and “Raya and the Last Dragon” and the tentpole titles “Tenet” and “Wonder Woman 1984” have had the strongest theatrical showings among pandemic releases, which makes the solid performance of a relatively less flashy title like “Nobody” a potentially optimistic sign for the weeks to come. The film is expected to be released as a PVOD rental on April 16, per Universal’s strategy for exclusive theatrical windows.

Elsewhere at the box office, A24’s Oscar contender “Minari” was the only best picture nominee to land among the top 10. The film, now in its seventh weekend of release, added $275,000 for a cumulative $1.8 million. Focus Features’ “Promising Young Woman” remains the highest-grossing best picture nominee with a cumulative $5.9 million in domestic receipts to date. All eight of the 2021 best picture Oscar nominees have also had some option for home viewing. 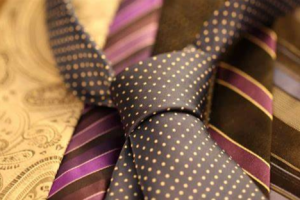 Reasons Behind The Costly Rates Of Ties

How to tie a tie knot and its benefits